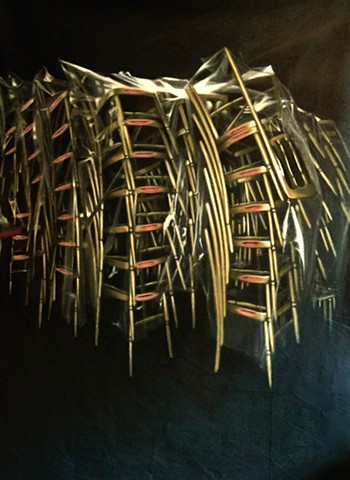 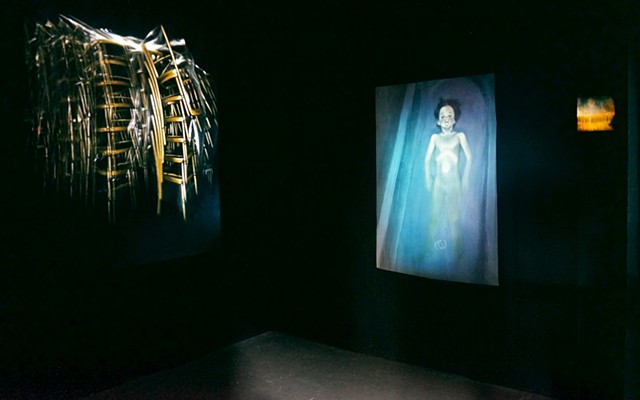 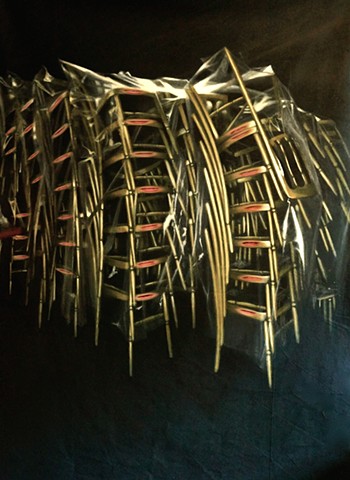 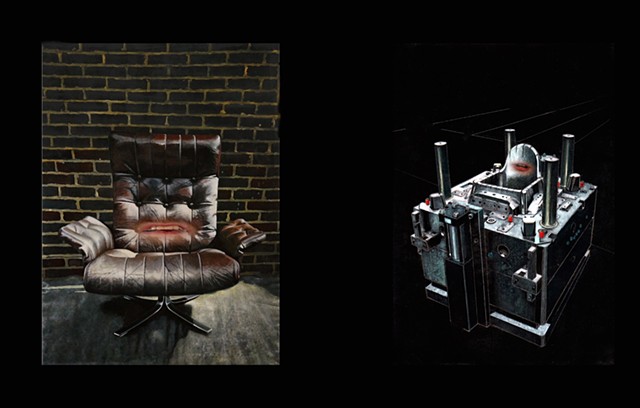 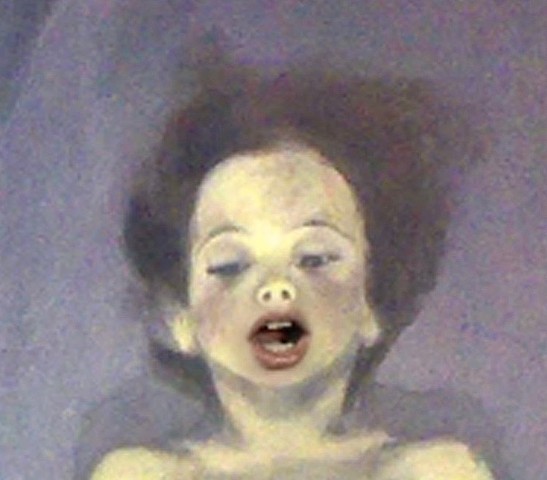 Petit Morte. A child appears to be laying motionless in a coffin. Infused with light he/she takes a first breath and proceeds to sing Pie Jesu in the bath, before recounting the story of the Twelve Apostles.
installation/ paintings/ projection/ film/ music
332 x 366 cm 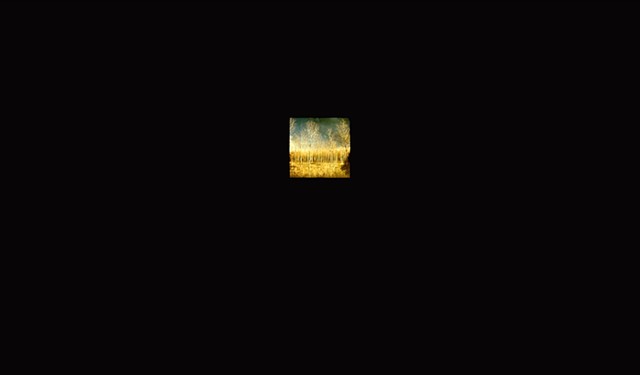 The Babies Sing in Trees of Light in the concluding scene

Still images from The Twelve Apostles as Babies, an Installation which was created within an enclosed, dimly lit, theatrical environment.

On entering the space, viewers perceive various barely distinguishable paintings, hung on 3 walls. Otherworldly voices drift in from all corners as the ventriloquised paintings breath, interact and become illuminated through light projections, choral music and conversation.

Collectively they tell the tale of the Twelve Apostles as Babies, which recounts the infant’s arrival for the second coming without Christ. Dressing up as Ghandi, Johnny Rotten and others, they learn the good deeds of those who came both after and before them, eventually spreading their good news through various careers.